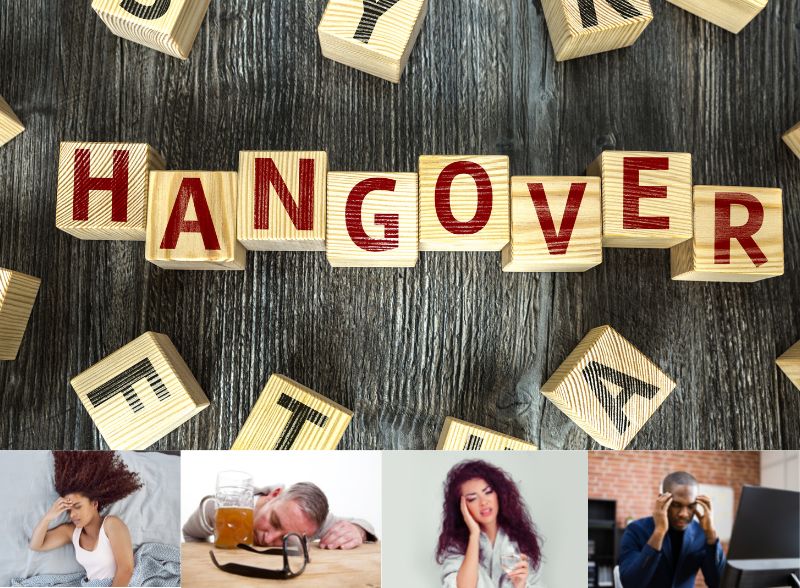 If you’re like most people, New Year’s Eve was a night of celebration. And if you’re like most people, you’re feeling the aftereffects of that celebration today. A hangover is never fun, but it can be especially rough when it comes to the morning after a big night out. Never fear, though: we have the perfect hangover juice recipe to help cure your morning-after blues! This juice is packed with antioxidants and nutrients that will help your body recover from last night’s festivities. So grab a glass and let’s get started!

A hangover is the experience of various unpleasant physiological and psychological effects following the consumption of alcohol, such as wine, beer, and distilled spirits. Hangovers can last for several hours or more than 24 hours.

Typical symptoms include headache, drowsiness, concentration problems, dry mouth, dizziness, fatigue, gastrointestinal disturbances such as nausea and vomiting, increased sensitivity to light and sound, and feeling anxious or depressed. Most people will experience a hangover at some point in their lives. However, there are ways to help prevent or minimize the severity of a hangover.

For example, drinking plenty of fluids before going to bed can help to rehydrate the body and prevent dehydration from alcohol consumption. Additionally, eating a healthy meal before drinking can help to slow down the absorption of alcohol into the bloodstream.

Finally, avoiding dark liquors such as bourbon or scotch may help to reduce the severity of a hangover since they contain congeners, which are byproducts of fermentation that can contribute to headaches and other hangover symptoms. While there is no surefire way to prevent a hangover, following these tips may help to minimized the symptoms.

Why does Drinking Alcohol Lead to the following?

A hangover is caused by a combination of factors. First, alcohol dehydrates the body by causing the kidneys to produce more urine. This results in a loss of fluid and electrolytes, which can lead to dehydration. Second, alcohol metabolizes into toxic compounds that can cause nausea and vomiting. Finally, alcohol impairs the brain’s ability to regulate blood sugar levels, resulting in low blood sugar (hypoglycemia).

All of these factors combine to produce the symptoms of a hangover. Mild dehydration is one of the primary causes of a hangover. When you drink alcohol, your body produces more urine and you lose fluids and electrolytes. This can lead to mild dehydration, which can cause headaches, fatigue, dry mouth, and dizziness. In severe cases, dehydration can also cause nausea and vomiting.

To prevent a hangover, it is important to stay hydrated by drinking plenty of water before, during, and after drinking alcohol. You should also avoid alcoholic beverages that are high in sugar or caffeine, as these can further contribute to dehydration. Finally, if you do experience a hangover, be sure to drink plenty of fluids and get plenty of rest. By following these simple tips, you can minimize your risk of experiencing a hangover.

A hangover is the experience of various unpleasant physiological and psychological effects following the consumption of alcohol, such as wine, beer, and distilled spirits. Hangovers can last for several hours or more than 24 hours.

The severity of a hangover depends on many factors, including how much alcohol was consumed, the strength of the alcoholic beverage, the individual’s age and health, any medications they are taking, and whether they have eaten before or during drinking.

There are many theories about why gastrointestinal effects can lead to a hangover, but one of the most likely explanations is that alcohol irritates the stomach lining and causes nausea and vomiting. Additionally, alcohol can increase the production of stomach acid and cause dehydration, which can contribute to feelings of dizziness and headache.

Another theory suggests that hangovers are caused by inflammation of blood vessels in the brain due to the toxic effects of alcohol. Regardless of the exact cause, there is no doubt that gastrointestinal effects can make a hangover very unpleasant.

A hangover is the experience of various unpleasant physiological and psychological effects following the consumption of alcohol, such as wine, beer, or distilled spirits. Hangovers can last for several hours or for more than 24 hours.

They typically resolve when the individual sobers up. The causes of hangovers are not completely understood but likely involve several pathophysiological changes, including dehydration, increased thiaminase activity, acetaldehyde accumulation, changes in glucose metabolism, and electrolyte disturbances. Treatment options are limited and generally focus on rehydration and symptomatic relief. Several cytoprotective agents have been studied with mixed results. Hangover prevention remains an elusive goal.

Although many anecdotal claims abound, there is no clear evidence that any particular food or medication can reliably prevent or cure a hangover. Some people claim that drinking moderate amounts of alcohol regularly leads to a reduced frequency and severity of hangovers, a phenomenon known as “habituation.” However, this claim is controversial and lacks scientific evidence.

In conclusion, electrolyte imbalance leads to a hangover due to the various pathophysiological changes it causes like dehydration, increased thiaminase activity, acetaldehyde accumulation, changes in glucose metabolism, and electrolyte disturbances. There is no clear evidence that any particular food or medication can reliably prevent or cure a hangover but drinking moderate amounts of alcohol regularly might help in reducing the frequency and severity of hangovers.

drinking too much alcohol can lead to hypoglycemia, or “low blood sugar.” Alcohol prevents the body from releasing glucose from stored glycogen, and it also interferes with the liver’s ability to convert fats into energy. As a result, blood sugar levels can drop dangerously low, causing symptoms such as shakiness, sweating, anxiety, and rapid heartbeat. In severe cases, hypoglycemia can lead to coma or even death. So if you’re planning on drinking alcohol, be sure to eat something first to raise your blood sugar levels and avoid hypoglycemia. And of course, always drink responsibly.

Alcohol not only causes fluid loss, but it also wipes away vital electrolytes such as potassium. Potassium regulates fluid levels in the body, maintains blood pH, and is essential for cell activity. Coconut water has more potassium per ounce than a sports drink and contains no artificial colors or sugars.

Excessive drinking can produce free radicals, which raise your risk of disease, but carrots contain beta-carotene, which helps to counteract this. Ginger’s anti-inflammatory components can help you feel better, while apples are high in vitamin C. Furthermore, the natural sweetness of the fruit will make your juice taste less like salad dressing.

The juice of oranges

Vitamin C, which boosts immunity and works as an antioxidant, is one of the key vitamins reduced by alcohol. Antioxidants hunt out free radicals, which cause havoc on your body. Vitamin C also aids in the production of collagen, which keeps your skin looking young and full!

Have you ever wondered why your skin appears so dull after a hangover? You finally understand! Alcohol consumption also adds to low blood sugar levels, explaining your sugar cravings. OJ is a tried-and-true remedy for providing the natural sugar you want for an energy boost.

Tea with ginger and lemon

Ginger relieves nausea, and lemon helps your liver, which is working overtime to process all that liquor (alcohol). Boil some water with fresh ginger slices and half a lemon juice, and voilà!

Juice from beets and pineapples

The liver is put under a lot of strain when metabolizing all of that booze, so when it begins screaming SOS, bring on the beets. They contain betaine, an antioxidant with anti-inflammatory properties. Pineapples are an excellent source of vitamin C and provide taste. Beet juice is unappealing on its own.

If you’re looking for an easy way to make your hangover disappear, try this juice recipe. Not only will it help rid your body of the toxins that are making you feel sick, but it will also give you a boost of energy to start your day. So next time you have a little too much fun, don’t hesitate to whip up a batch of this juice and drink yourself back to health.